Got a question about the Chaparral ?

What’s Biting? Best Fish to Catch in The Gulf of Mexico This Summer! 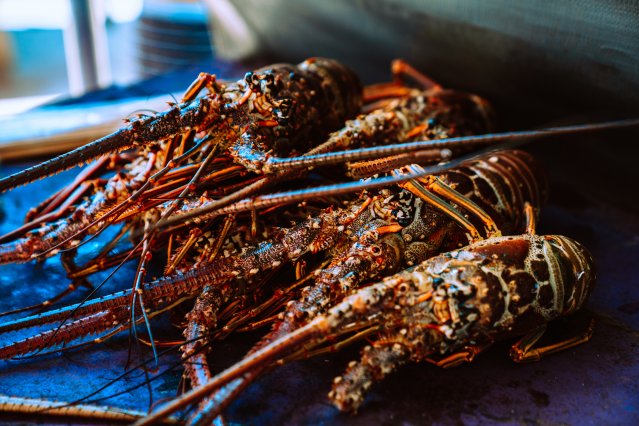 It’s summertime— the water is warm, the sun is shining, and the fish are biting! One of the best regions for fishing this season is the Gulf of Mexico. From the west coast of Florida to the southern flats of Texas, you’ll be sure to reel in a variety of fish.

Here’s what’s biting during this season!

Mackerel are commonly found along the stretch from Galveston, Texas to Louisiana’s Southwest Pass. Mackerels tend to feed on schools of baitfish. While the season is open year-round, King mackerel spawn from April to November making for good times to catch. Their body color is silvery gray with hints of iridescent green. Mackerels tend to be a fun and rather easy fish to catch making it doable for both first-timers and avid anglers!

This species prefers offshore, rocky, flat-bottom habitats and is rarely found around reefs. They are known to be bottom-dwelling fish and an easy catch. Their color is a darkish, brown hue with hints of red on its sides and back, and a pale, pink belly. Bridling bottom baits is key because they tend to engulf their prey rather than bite it. Grouper is a fan favorite dinner dish!

Lobstering during this time of year is legendary in the Florida Keys and is an adventure that you ought to consider adding to your next fishing trip. Spiny lobster season starts the first week of August and runs through March 31. While the best “bugging” (as the locals would call it) generally takes place in the Atlantic, divers can certainly catch their fair share in the Gulf. Plan to have diving gear handy if you plan to venture to deeper waters. They are a staple seafood dish, so make sure you have the butter and lemon ready!

Blackfin Tuna can be caught in the warm summer months in the Gulf with their peak of the season beginning after August's full moon and ending after November's full moon. They are generally easy to locate as they travel in schools. However, reeling one in can take a lot of patience depending on the size of fish and skill level. Either way, they’re sure to be a fun catch and very tasty for dinner!

This species is a fan favorite and is known to be one of the most sought-after fish in this region. That is partly due to their abundance and partly due to their colorful and captivating appearance. There’s no denying these fish are beautiful and photo-worthy so don’t forget to tag us in your pictures! Although the large alpha males, also known as bulls, can weigh around 50-pounds. This species is a very angler-friendly, deep-water fish. Most are smaller, which makes them an excellent catch for beginner and amateur level fishermen.

While the summer months are the perfect time to be out on your Robalo, it’s also important to know and understand the fishing regulations in your area so be sure to check that out before you head out on your trip. Good luck!

At Robalo, building world class fishing boats is a passion and a way of life. A leader in the marine industry since 1968, Robalo is renowned for its heavy-duty construction, legendary ride and unwavering desire to stay on the cutting edge of innovation. We invite you to choose from an incredible lineup of Center Consoles, Cayman Bay Boats, Dual Consoles and Walkarounds.

NO REGION SET - CLICK HERE TO SELECT
© 2008-2023 Robalo Boats, LLC. All Rights Reserved.
ROBALO REEL DEAL PRICING DOES NOT INCLUDE OPTIONS, DEALER PREP AND FREIGHT CHARGES. FEES FOR DEALER INSTALLATION OF OPTIONS, TAXES, TITLE, REGISTRATION, DOCUMENTATION AND LICENSING MAY VARY BY LOCATION AND ARE IN ADDITION TO PRICES SHOWN. PRICES SHOWN MAY INCLUDE MOTORS THAT HAVE LIMITED AVAILABILITY. PHOTOS MAY SHOW OPTIONAL EQUIPMENT. SOME TRAILERS, EQUIPMENT OR ENGINES OFFERED MAY NOT BE AVAILABLE IN SOME AREAS OR REQUIRE ADDITIONAL EQUIPMENT AT AN ADDED COST. OPTIONS, STANDARD EQUIPMENT AND PRICES ARE SUBJECT TO CHANGE WITHOUT NOTICE OR IMPLIED OBLIGATION. SEE YOUR DEALER FOR DETAILS. ROBALO IS CONSTANTLY SEEKING WAYS TO IMPROVE THE SPECIFICATION, DESIGN, AND PRODUCTION OF ITS BOATS. ALTERATIONS TAKE PLACE CONTINUALLY. WHILE EVERY EFFORT IS MADE TO PRODUCE UP-TO-DATE INFORMATION, THIS WEBSITE SHOULD NOT BE REGARDED AS AN INFALLIBLE GUIDE TO CURRENT SPECIFICATIONS, NOR DOES IT CONSTITUTE AN OFFER FOR THE SALE OF ANY PARTICULAR BOAT. YOUR AUTHORIZED ROBALO DEALER CAN CONFIRM MATERIALS, ACCESSORIES AND EQUIPMENT AVAILABILITY PRIOR TO PURCHASE. ROBALO RESERVES THE RIGHT TO CHANGE PRODUCT SPECIFICATIONS AT ANY TIME WITHOUT INCURRING OBLIGATIONS.
Icon pack by Icons8